Naples Lakes Country Club is a wonderful, private community of Naples which features awesome amenities in the Arnold Palmer-designed golf course, tennis and clubhouse facilities, not to mention fine residential options in condos and single-family homes. There’s really no wonder as to why so many home buyers want to flock here. However, Naples Lakes Country Club also appeals as a habitat to a thriving population of feathered residents, in fact, the neighborhood is home to what may well be Naples’ most diverse array of avian species. Audubon International has bestowed the community with its 2018 Biodiversity Award following this year’s BioBlitz event.  This is a four year old, annual event that gathers community volunteers, naturalists and birding clubs throughout the nation who respectively assemble among communities to discover and document the various species inhabiting green spaces among their communities, particularly that among golf courses. This year’s BioBlitz program was sponsored by the United States Golf Association. Naples Lakes Country Club earned the Biodiversity Award for having the greatest number of species counted during the program. Volunteers observed, identified and listed a total of 496 separate avian species, which included the federally threatened Wood Stork as well as Little Blue and Tricolored Herons which are considered threatened species in Florida. Naples Lakes Country Club has participated in the BioBlitz program for four consecutive years and it is reportedly one of the favorite annual activities for residents.


Again, it isn’t difficult to see why anyone would want to nest or nestle down at Naples Lakes Country Club. The community is set among a 490 acre expanse complemented with lakes and nature preserves. In addition to the championship golf course, there’s amenities in tennis, swimming, clubhouse dining, fitness activities and more. 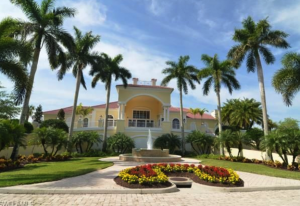 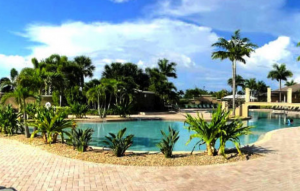 Whether you’re a birding enthusiast, golf player or simply someone seeking a great place to reside in Naples, this is a great place to which you may wing your way. See current homes for sale among the properties depicted below.

There are currently no active listings that match your search criteria.